Why you should trust me - I play a ton of Anubis conquest and have a 60%+ win rate.

You're going to want to build as much lifesteal as possible. AS MUCH LIFESTEAL. For the fools who don't build Divine Ruin to counter you, or build it as their 3rd item or later, it's usually a free win.

For your 4th item (starter inclusive), buy divine ruin if against a healer. If not, buy some pen either by going with Charon's Coin or Spear of the Magus after finishing Chronos' Pendant.

As Anubis, your early game is extremely strong, however, if you don't get your kills, you can struggle late game. This is because most of your abilities, such as plague of locusts and death gaze, leave you vulnerable in group battles, so you may have to play more cautiously late game.

As a combo use mumiffy --> plague of locusts early game. This deals much more dmg than mumiffy --> grasping hands. If your ult is ready, try using mumiffy --> death gaze as close to the opponent as possible, as they will likely use beads and aegis to try and sneak away, and the ult is much easier to dodge/deke from afar.

Buy purification beads first, and aegis second. However, if you are way ahead, you can use blink rune to keep up with your enemies, which can be extremely helpful if an enemy is trying to escape and you have your ult or grasping hands ready.

Sacrificial shroud, Bancroft's Talon, Typhon's Fangs, Rod of Tahuti are must builds. Divine ruin and Chronos pendant can be substituted with Spear of the Magus or Charon's Coin. Many Anubis lovers like to build Spear of the Magus, but I find it to be overrated - a third/fourth (including starter) lifesteal item is extremely weak, especially as by that time the opponent has likely built divine ruin. 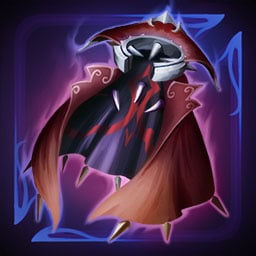 PASSIVE - Your abilities deal 15% more damage, but cost 5% of your Maximum Health. If the cost would kill you, you instead don't pay the cost.

PASSIVE - You gain additional Magical Power and Lifesteal scaled from missing Health. This caps at 100 power and 20% Lifesteal at 25% Health.

PASSIVE - Enemies hit by your abilities have 40% reduced healing for 6 seconds.

Using this item makes you invulnerable to damage and healing for 1.5s, and prevents you from taking any actions. You may still move. Cooldown - 180s.

Using this item will allow you to teleport up to 45 units away instantly. This item can not be used if you have taken or dealt damage in the last 3s. Cooldown - 140s.

You should be able to beat these gods quite easily

Zeus, Oloron, Isis, Freya, Chronos, Hel are just bad options all in all in the current Meta.

Experienced players can give you a tough time with these gods:

Scylla can easily escape your ult

Janus 1 + 2 is a pain of a combo. Also, as anubis, hard to keep up with his ganks to other lanes.

Ra will usually just farm and keep his distance. If he tries to engage by healing his gods, you should be able to win your lane.

He bo's knock ups 1 + 2 or knockup and ult are extremely dangerous.

Morrigan will transform into anubis. Plus, she can sneak up on you :(

Aphro, change, and nu wa's stuns can be a pain when trying to use your 1. Anubis generally struggles against healers in comparision to true damage gods.

Hera's ult is ridiculous and difficult to get close to opponent with Argus around.

Change can escape your damage too easily.

However, compared to how many gods Anubis is strong against, this is a very small list.