As of writing this guide, I have over a 75% win rate on Da Ji (mostly solo queue), and I'll show you my usual build + tips and tricks.

Feel free to say hi if you see me in-game! I am very lonely :(

If you have any more questions, you can ask me on discord ConspiracyPizza#6969

The important stuff is Highlighted 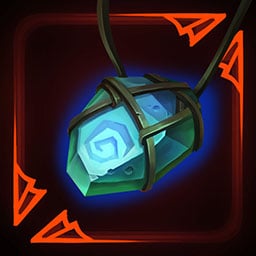 PASSIVE - Enemies hit by your damaging Abilities take an additional 20 Physical Damage over 2s. (Max 2 Stacks) Can be upgraded at level 20.

Buy a pot if you are in any game mode that is not arena, I usually just get 1 heath + multi 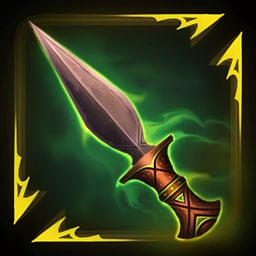 PASSIVE - Your Basic Attacks deal +25 True Damage and your Abilities deal +35% Damage versus Jungle Monsters. When a Jungle Monster is killed you are restored for 10% of the Monster's Health and 25 Mana. Can be upgraded at level 20.

If you don't get the last hit on the camp monster, you won't heal from Bumba's Dagger. 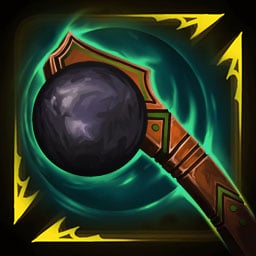 PASSIVE - After casting an ability your next Basic Attack deals an additional 80 True Damage. After hitting a Basic Attack empowered by Bumba’s Hammer, your active Non-Ultimate cooldowns are reduced by 1s and you are healed for 120 Health.

PASSIVE - Enemies hit by your Abilities have 40% reduced healing for 5 seconds.

PASSIVE - Your first ability cast gains 20% Physical Penetration. This can only occur once every 8 seconds.

Bloodforge is ok in conquest

Relics are Beads and Blink usually

Disclaimer: I have not purchased Aegis on any god in the last 6 years because I think that it's cringe.

PASSIVE - Killing or getting an assist on an enemy god gives you 1 stack. Each stack provides 3% Critical Strike Chance. Stacks are permanent and stack up to 5 times.

PASSIVE - Critical Strike bonus damage dealt is increased by 25%. <n>GLYPH - Successfully hitting an Enemy God with a Critical Strike will subtract 1s from all of your abilities currently on cooldown, except your ultimate ability.

PASSIVE - Your Critical Hits provide you with 10% Physical Penetration and increase your Attack Speed by 10% and Movement Speed by 10% for 4s.

PASSIVE - After casting an ability your next Basic Attack deals an additional 80 True Damage. After hitting a Basic Attack empowered by Bumba’s Hammer, your active Non-Ultimate cooldowns are reduced by 1s and you are healed for 120 Health.

This build is the most optimal one for Da Ji in arena if you can get ahead early. Once you have 95% crit, she is much more viable late-game than a regular Da Ji build. This build is only realistically viable in arena due to the gold spooling that you get compared to other game modes. However, I like building it in siege and clash and it works fine.

The items are in order; just sell Jotunn's for Bumba's Hammer.

When you're using this build, don't bother using the two for damage late-game; only use it for the movement speed and then cancel it instantly or use it for the mitigations. A single auto-attack will do more damage than the combined four hits of the 2.

If you want more pen, you can swap out Bloodforge for Titan's Bane. 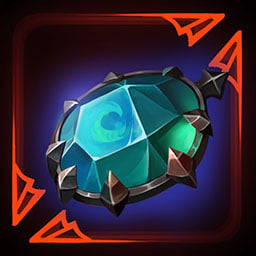 PASSIVE - Enemies hit by your damaging abilities take an additional 50 (+7.5% of their Current Health) as Physical Damage over 2s. (Max 2 Stacks)

PASSIVE - You permanently gain 15 Mana per Stack, and receive 5 Stacks for a god kill, and 1 Stack for a minion kill (max. 50 stacks). 3% of your Mana is converted to Physical Power. At 50 stacks this item Evolves, gaining 10% Cooldown Reduction.

PASSIVE - Your first ability cast gains 20% Physical Penetration. This can only occur once every 8 seconds.

OK I know that I've got a lot of builds here but hear me out. In joust you typically want to get more defense in the form of a Gauntlet of Thebes.

You can swap out Heartseeker for Brawler's Beatstick if you need the anti-heal.

Honestly, I haven't played much joust this season, so take this build with a grain of salt.

PASSIVE - When your Ultimate ability has finished casting, reveal all enemy gods within 120 units for 8s. While moving towards revealed enemies gain 30% Movement Speed. When first striking a revealed target they take an additional 20 + 40% of your Physical Power. This can only occur once every 45 seconds.

PASSIVE - If you take damage below 30% health you unleash a shockwave that stuns all enemies within a range of 20 units for 1s and become immune to Crowd Control for 1s. This effect cannot trigger more than once every 110s.

Use your own judgment here. These items can be built anywhere in the build, but the core build items should stay the same typically.

You can also just look at my match history for my build since I mostly just play Da Ji anyway, lol.

How to Level and Play Da Ji
Skills Section
Standard

Leveling the ultimate is pretty decent if you have lots of cooldown reduction with Jotunn's + Hydra's/transcendence. Otherwise, stick with the other abilities and max the ultimate last.

After the Da Ji buff in 7.11, the second ability no longer massively sucks at level 1. Therefore, I have split the build into Standard and Alternate leveling orders. Standard is usually applicable most of the time.

In conquest, you can experiment with leveling the 2 twice for extra camp clear and then maxing the 1, but typically the standard leveling order is best for most game modes.

The most crucial ability on Da Ji is her 1. Even though the 2 does more damage technically, using her 1 allows you to auto-attack instantly afterward, also known as an auto-attack cancel. For example, a typical gank goes 3, auto-attack, 1, and then auto-attack again immediately, 2, auto-attack again. You can cancel the 2 after hitting four times to auto-attack instantly instead of waiting for the animation to end, which you should do if you are confident performing the move. Do not do this if you are not super confident in your ability to pull it off. To add to that last part, sometimes I cancel the 2 only after a few hits if I know that the next auto attack will kill them in order to save time.

The 1 also gives you haste, but as you sometimes have Hydra's Lament, missing an auto-attack will make you lose the Hydra's buff. Honestly, I didn't even know Da Ji's 1 had haste on it until around 17,000 worshipers in. Now that I know, the only thing that I do with it is run out of the fountain at level 3 spamming auto-attacks.

The idea is that items like Heartseeker will apply their effects many times in quick succession. This is insane single-target damage, making her one of the best gods for killing mages and hunters. Da Ji's weakness is tank characters like warriors and guardians; you will need Heartseeker and/or Titan's Bane to do much to them. The 3, auto, 1, auto, 2 combo should happen in about a second, and if you're somewhat far ahead, it can kill any unlucky mage in your sight almost instantly.

Another trick that nobody knows is that when you are using your ultimate, the split second you are still on the ground before the animation of going up on your tower is another auto-attack cancel opportunity. So, if you ult right on top of an enemy god, you can actually get an extra auto-attack off on them before you get up into the air.

A handy trick that people who have mastered auto-attack canceling can try is spinning the camera. It is pretty clear what it is; just rotate your camera after selecting your target with the 3 and during the teleport animation. You will hopefully land somewhere to the side or behind the target god. Make sure you can auto-attack immediately after teleporting as usual with precise WASD commands. This trick is somewhat tricky; however, it is perfect for body-blocking.

Some Other Gods
Gods Section
Avoid All of These Gods
Notes

Do not engage on these gods; only go on them or gods near them after the fight has started, and their cc abilities are down. The gods listed multiple times are just for emphasis.

Generally, Da Ji is not the optimal team fight starter; her primary role is to go on targets that have already used their escape abilities and/or cc abilities and finish them off. If you have your ultimate, you can start a team fight, which I typically do on a target that I am sure about, but it's still better to join the battle after it has already started.

Ganesha/Nox silences are a death sentence for Da Ji as your ultimate is your panic button. The Paolao lets you wait for your team to come over, buy time for your abilities to go back up, or act as a jump if you instantly chain any nearby enemy god and/or jump off. If you're silenced, you can't really do any of that unless you want to pop purification beads and then ult.

A lot of other gods should be on here, but I'm too lazy to add them. However, using your big brain, you should be able to figure out when and where to engage. Ex. Don't go on Nu Wa if she hasn't used her minions/invisibility circle, don't go on Isis if she still has her stun/silence, etc.

Again, use your brain. A lot of these gods require setup. Discordia is only easy if her invisibility is down (watch out for the apple). Neith is easy if her back flip is down for any reason. Otherwise, you should blink next to Neith, auto-attack, 1, auto-attack, then teleport to her after she backflips with your 3. This applies to most of the gods who have jumps/dashes.

Zeus can kill you pretty quickly with his ultimate, Kukulkan can purge the slow on your 1 and get away, teleporting on Artemis with her ult up is pretty silly, etc.