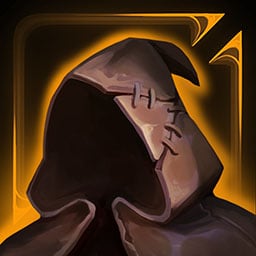 PASSIVE - While you are within 55 units of an allied god you gain 10% Attack Speed. If you are alone you instead gain 5% Movement Speed. Can be upgraded at level 20.

Putting Beads, Hunter's Cowl, Short Bow, and Healing Potion in your god builder's starter row will help you buy as soon as you load into a match.

What T3 Item to Build

PASSIVE - Every successful Basic Attack increases your Physical Power by 10 and reduces the attack speed of your opponent by 7% for 5s. (Max. 3 Stacks)

If you have bought the exact same from above, you will need 1800 gold to complete Ichaival.

PASSIVE - While you are within 55 units of an allied god you gain 10% Attack Speed. If you are alone you instead gain 5% Movement Speed. Can be upgraded at level 20.

PASSIVE - Every successful Basic Attack increases your Physical Power by 10 and reduces the attack speed of your opponent by 7% for 5s. (Max. 3 Stacks)

PASSIVE - Your Critical Hits provide you with 10% Physical Penetration and increase your Attack Speed by 15% and Movement Speed by 10% for 5s.

PASSIVE - If you drop below 35% Health, you gain an additional 25% Physical Lifesteal for 5 seconds. Can only occur once every 15 seconds.

PASSIVE - Every fourth Basic Attack triggers a chain lightning, damaging the target and up to 4 nearby enemies for 15 damage +60% of your total Basic Attack Power.

PASSIVE - For each 0.02 Attack Speed you go over cap you gain 2 Physical Power.

Silverbranch may be replaced with a counter item, crit item, or lifesteal item if the enemy team does not have sufficient anti-heal. The order of the items can also change depending on the situation. 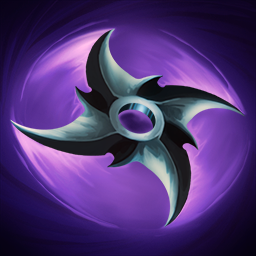 PASSIVE - Enemies hit by your Critical Strikes have 40% reduced healing for 6s.

PASSIVE - Critical hits on enemy gods afflict them with poison for 2s. This poison slows them by 10% and reduces their damage output by 15%. 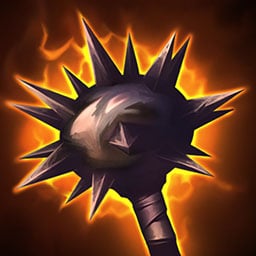 PASSIVE - Your Basic Attacks benefit from an additional 15% Physical Penetration.

PASSIVE - Basic Attacks against an enemy reduce your target's Physical Protection by 7% for 3 seconds (max. 4 Stacks).

Like I said before, the order may change so if you need to buy anti-heal or anti-tank item you can buy something in between the usual build.

I usually just level her abilities manually and build into what ability is needed.

Tips on her abilities:

Spike Shot: Use this for lane clear and to attack gods through the wave. Also use it when multiple gods are in close proximity and you have already used Capsize.

Capsize: Charge this ability for the 40% slow and penetration debuff for 4 seconds on the gods hit.

Whirpool Form: This ability is to be used up to the player. If you wish to learn to play Charybdis try to learn when to use this ability. It can be used to negate quite a lot of abilities, such as Nu Wa's ult, or Zeus' detonate. Whirlpool Form can be used to run away if you activate it again for the movement speed, but it can also be used to play aggressive using the knockback and amplified damage when reactivated as well.

The Maw Hungers: This ult can knockback and stun for 1.3 seconds. The ult takes some getting used to, and can be easily avoided if the enemy god is too close to you, if they have an escape, or if they have enough movement speed. Keep in mind enemy gods can dive you while you fire the ability, and you can be extremely vulnerable if you miss and they decide to act on it.