Consumables: Hand of The Gods and 4x Multi Potions

Where do I go and what do I do early game?
Start at Void Buff with your ADC and place your ward either behind the rock at Void so you don't get invaded or place it at their Void so you know where they are at. IMMEDIATELY use HOG (Hand of The Gods) when Void spawns. Try to let the ADC agro the last minion when its low so you can get a head start to lane this way you can place your 2 on the wave.

Tip: Try and get the ghost archer for the extra XP so you can get to level 2 faster.

How should I play in the Duo Lane?
When playing Nox Support you should be playing like a back line support who's main goal is to peel for the ADC. So i recommend queuing with someone who you know wont feed. Save your 2 for peel on your ADC. Typically you would place it under the person who you are trying to protect (in this case the ADC) and then use your 1 to lock them into it and hopefully turn the fight. This scenario applies to most early fights in the Duo lane seeing as most enemy supports will be front line tanks that will try to stick to the your ADC. If you want to be a bit aggressive, use you 1 so that your ADC may follow up but save your 2 just in case the fight isn't in your favor.

Tip: Don't be afraid to selfishly shell to save your life. XP and Gold is still XP and Gold regardless of who it comes from.

How should I use my shells?
Use your shells wisely to turn fights! If they have a Da Ji, wait for her to teleport to you or your teammates and shell before she can get the auto-attack off. This will not only disorientate them so you can CC her and turn the fight but it will nullify the burst damage for at least a second which should be enough to CC her and like I said before turn the fight. This scenario should be took into account to many types of characters who heavily rely on auto-attacks for their abilities. So characters like Cabrakan, Loki, and even Ymir passive.

How should I use my ult?
For those who don't know: When you strike an enemy with Nox ult it'll put a 40% Damage Reduction Debuff. Which basically means they don't do as much damage. You want to typically save the ult for when an enemy dives the back lines and has heavy damage. Especially if they ult! Most of the times in a team fight you will be ulting the jungler. NEVER USE THE ULT TO KILL! Early game your base stats may be enough to make the ult kill, but save the ult for more important things than a cheesy kill.

Tip: This isn't even a Nox Support tip, but you should always buy wards every time you back.

When do I leave lane?
Pay attention to the scoreboard and watch you ADC's items. Once they have boots and a second full item (usually Devourer's Gauntlet or Transcendence), you are free to begin roaming. Try and go help who ever is having trouble the most on your team. Even if it's your jungler, try and stick with them and gank with them. Most important thing to do when you first leave lane is cause some ruckus, and by that I mean gank a lane or two. Force the enemy support to have to rotate and follow with you. This way your ADC doesn't have to play so passive, and they should have a small lead from you leaving way earlier than the enemy support who was splitting XP and Gold with their ADC.

How should I play in team fights?
Stick as close as possible as you can your ADC and Mid. Junglers will try and look for an opening to flank in a team fight and take out your DPS. Your job is to save your abilities for when that happens. By now in mid to late game team fights the Nox Combo CC should be enough time for your DPS to kill them, or at least you will burn someones beads. The ult still applies to what I said early. Use it in team fights when they are grouped up so your team will have a big advantage in damage or if you are winning the fight without it, save it for when someone tries to dive your back lines.

Why aren't boots in any of the builds below?
Don't build boots! You wont need them, it will only put you behind in gold. Since you'll be able to tank some hits you don't exactly need to run away from fights as often. Which leads me to my next statement: Save your 3 for running away or chasing. With shadow step you'll just piggy back on someone to get you to where you need to go, which is why you wont really need boots.

Tip: After you finish your build, you should buy the speed potion.

C O N G R A T S
You now have a general concept of how to play Nox Support. For an overall idea, just save your abilities to peel for your team! Now go play some Nox Support and do not tarnish the name of Nox Support

+100 Health +10 Physical Protection and Magical Protection +7 HP5 & 7 MP5 while within 60ft of an ally god +3 Gold per Minion Assisted ROLE QUEST: SUPPORT Assist with Minion kills to gain stacks. Each Assist is worth 1 stack. At 50 stacks Guardian's Blessing Evolves, gaining 4 Gold Per 5s. 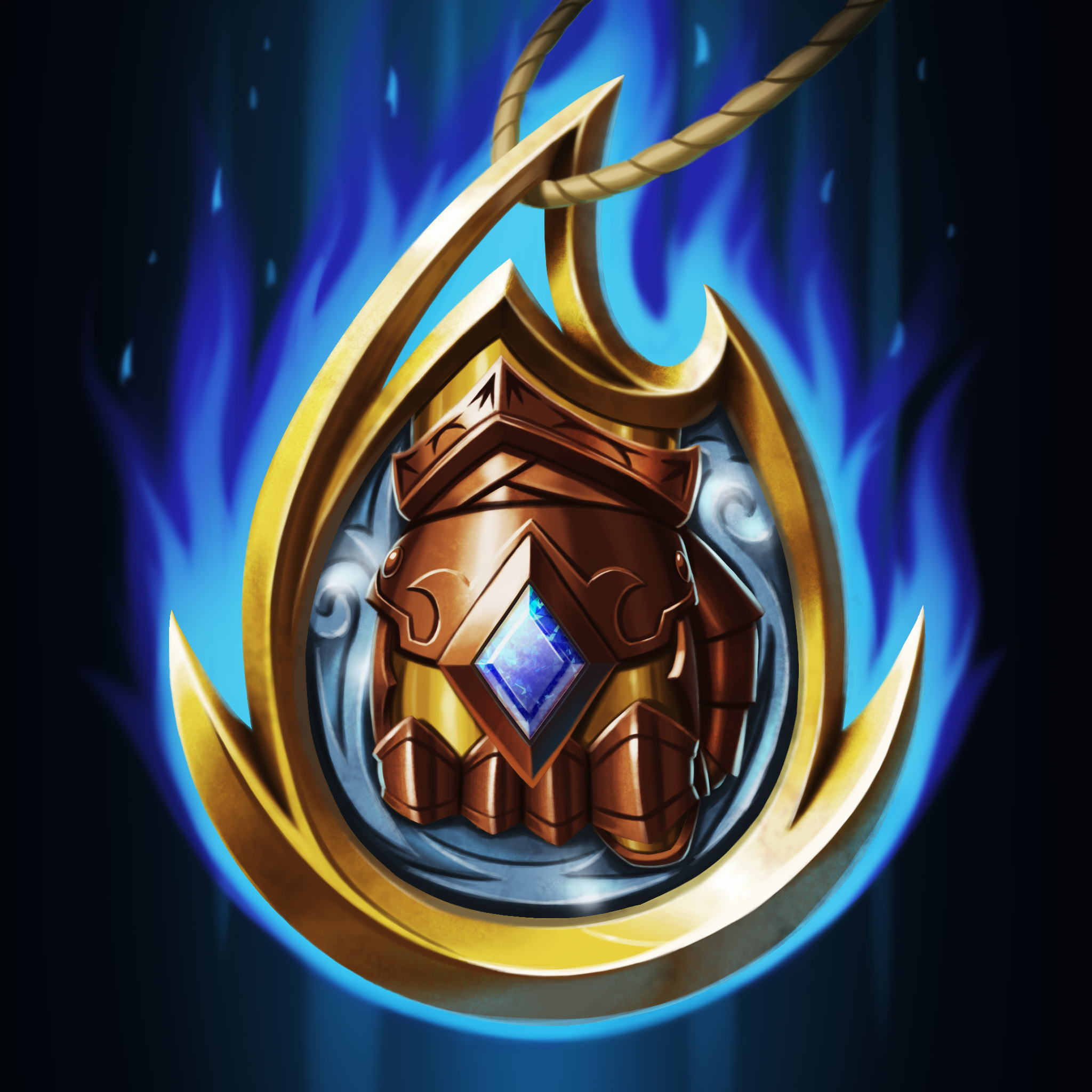 This consumable deals 200 True damage to Jungle Monsters around you. This only affects Monsters on your side of the Jungle.

Using this item applies a shield to himself and allies within 35 units for 100 Health + 12 Health per God Level for 3 seconds. Additionally, all allies take 50% reduced damage from Basic Attacks while the shield is active. Cooldown - 150s.

+100 Health +10 Physical Protection and Magical Protection +7 HP5 & 7 MP5 while within 60ft of an ally god +3 Gold per Minion Assisted ROLE QUEST: SUPPORT Assist with Minion kills to gain stacks. Each Assist is worth 1 stack. At 50 stacks Guardian's Blessing Evolves, gaining 4 Gold Per 5s.

Using this item applies a shield to himself and allies within 35 units for 100 Health + 12 Health per God Level for 3 seconds. Additionally, all allies take 50% reduced damage from Basic Attacks while the shield is active. Cooldown - 150s.

This is a ward that allows you to see normal enemy movements with 45 units. It does respect line of sight and can't see through walls or stealth. It remains for 3 minutes or until killed.

AURA - Allied gods within 70 units have their Physical Protections increased by 15 and their HP5 increased by 35.

If you're not too comfortable with counter building, here is a staple build for Nox Support that will always work. Pay attention to the scoreboard and don't buy Pestilence or Contagion if your solo laner already bought on of the two. They don't stack. If you need to substitute Anti-Heal then buy Talisman of Energy.

AURA - Allied gods within 70 units have their Physical Protections increased by 15 and their HP5 increased by 35.

AURA - Enemies within 55 units have their Attack Speed reduced by 25%.

PASSIVE - Successfully hitting an enemy god with Crowd Control will place a debuff on the enemy, reducing their Magical and Physical Protections by 10 for 5s.

If the enemy team has a lot of auto-attack gods this would be the build to use. If you need more Attack Speed Reduction, ask your solo to buy Midgardian Mail, and before you ask "Why don't I just buy it?" you won't be able to make much use of it if you aren't the one who will be getting hit by them. Seeing as you should be playing back line.
Need Anti-Heal? Ask literally anyone else on your team.

PASSIVE - Successfully hitting an enemy god with Crowd Control will place a debuff on the enemy, reducing their Magical and Physical Protections by 10 for 5s.

PASSIVE - For each enemy God within 55 units of you, you gain a stack of 3% damage mitigation. This caps at 3 stacks.

PASSIVE - When your Ultimate ability has finished casting, you gain a Shield equal to 125% of your Protections from items and abilities for 5s. When destroyed, by timing out or being depleted, it explodes and deals Magical damage equal to 75% of the Shield’s initial Health and slows targets by 25% for 3s. This can only occur once every 45 seconds.

Why Gem of Isolation? The tick damage on your ult last for 5 seconds. That's five seconds of being slowed. Which means, more CC >:)