Kali is a hypercarry god, and with that you want to be hypercarrying. A big part of your game is farming as efficiently as possible, and the ability to do so in the current meta is a big part of what makes Kali playable, and in my opinion quite fun. You do not pick Kali to play for the team, so unless youre ready to be a bit (very) selfish, i probably wouldnt pick this character up. For a big part of the early game you just want to farm. Ward back camps and try to always be on time for buff camp spawns. Dont be afraid to split midwaves however id recommend leaving purple buff alone for the most part. That being said, dont forget to look for opportunities. Being farm-oriented isnt an excuse to miss free kills. Not dying even once in the early game should be a top priority.

Despite your damage being weak until qins is online, your auto-3-auto-2 combo does quite a lot of damage at almost any point in the game, so be as aware as possible on your capabilities fightwise. If you dont think you can help contest a buff, dont bother. If you dont like a gank that your sidelaner is calling, dont go for it. Everything you do on this character should be at your convenience and discretion, no matter how much your team is kicking and screaming. Remember, if you want to fight, you have to be sure youll be able to get damage off (this involves being able to get autos off), and be able to do it safely without putting yourself at risk of dying. If youre sure of the above, get in there. If you arent, dont.

When your qins is online you start having quite huge fight potential, so until then id avoid being too proactive in calling objectives. Remember, getting through the early game even as Kali is almost always fantastic. Regardless of where you are in the game, try to make use of auto canceling. This is super easy to practice in jungle practice and then do in your games until it becomes natural. Any team fight in the game you want to be flanking left right or behind. Do your best to avoid blinking from the front unless its what seems most natural at the time. A lot of kali players are really stingy with their ult usage, but remember that on top of the invincibility it also gives immunity to roots and slows, so dont be afraid to use it if it means you get a lot of extra damage off. Also, try to avoid using your jump, almost as much as possible, and absolutely do not engage with it unless you are 100% getting a kill and not dying for it. The longer you have your jump up for, the longer the enemy has to play around it.

When you get to deep late game, Kali becomes a bit of an auto pilot god. In an ideal fight you get into a strong flank position, wait for either backliner to use their abilities, then go on that character. Prebeadsing is often a good idea if you think you can get CCed, which is especially important vs gods like Geb and Ganesha. Even though you are an auto based character, the amount of power you get from your 3 often allows you to kill pretty quickly despite lacking burst in the traditional sense.

- Farm and be selfish in the early game.

- Use your tools and kit to look for opportunities, and trust yourself to decide what is good and bad in terms of fights.

- Avoid using jump too much, do not be afraid to press 4 in situations where you arent dying.

If theres anything that needs elaborating on i am more than happy to answer for any flaws in my guide at Scroll#0001 on Discord. Aside from that, enjoy what is currently my favourite character and hopefully win some games.

The logic of this build is to allow for good farming whilst also not making your teamfight so weak that you lose at any engagement. Golden blade is obviously a must. The logic behind t2 ody bow is that you have some quite strong farming potential with it but also quite decent DPS in fights if you manage to get autos off (which you should be, if youre fighting - see gameplay guide). Seer over Protector is also a must - your ability to dps objectives and deward is far more useful than the prots and power in 99% of cases. Late game i sell golden blade and get hastened katana however this is the part of the build where you have some choice. Magis revenge, bloodforge, and even toxic blade are fine items to finish the build with. Personally i like hastened katana because on top of the passive obviously being very good, i dont lose too much off the stats that golden blade otherwise provides, importantly the movement speed. Some people like executioner or dominance in their kali builds, however i wholeheartedly disagree with both these choices. Dominance is bad because its less %pen and much less attack speed. Exe i dislike because it takes away from value of serrated %pen. Granted with the glyph it probably is buildable if you deeply desire to, but this exact variation is what i generally stick to quite hard. 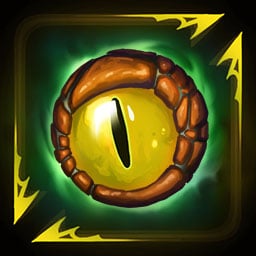 Eye of the Jungle

PASSIVE - You deal 30% increased damage to Jungle Monsters. Upon defeating a Large Jungle Monster you place a ward at its location that lasts for 30 seconds. While in the jungle you gain +20 HP5 and +15 MP5 Can be upgraded at level 20.

PASSIVE - All Basic Attacks will also hit enemies within a 15 unit radius of the target for 50% of the damage to Gods, Minions and Jungle Camps.

PASSIVE -Every fourth Basic Attack triggers a chain lightning, damaging the target and up to 4 nearby enemies for 15 damage +30% of your total Basic Attack Power. 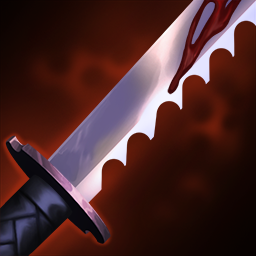 PASSIVE - For every non-ultimate ability on cooldown you gain a stack of Cruelty. Each stack provides 8 Physical Power and 3% Physical Lifesteal.