Tiamat is here! The big Babylonian beauty has been on the battlefield for well over a month and now that the dust is settling everyone can see that Tiamat is a force to be reckoned with in the middle lane. Tiamat is the Babylonian goddess of the salt sea and mother of monsters and currently, the newest mage in smite. Tiamat is a stance switcher and can switch between a longer range mage archetype flying stance to a brawling grounded stance with the use of her movement ability. Tiamat's third stance is toggled when ulting in her flying stance. This will bring up 3 different summons to choose from. This stance can not be activated from a grounded stance as she has a separate ultimate.

Tiamat has a lot in her kit, so she may seem daunting for newcomers. However, once you've put in a bit of time learning all the tricks the mother of monsters has up her non-existent sleeves, Tiamat can become carnage incarnate on the battlefield. This is what I've learned during my time with the goddess of the salt sea. I'm HadesHimbo and welcome to my TED talk.

This is the build I have been using the majority of my time with Tiamat. It is a relatively late-game build, so your early will be playing safe, getting picks where you can. This is why you level the 3 at level 2, you don't want to get behind with this build and jump really deters those pesky junglers.

Bumbas hammer is an insanely strong item at the moment and I have found it to really compliment the late-game shotgun caracole of damage and CC Tiamat can put out. The passive reduces all cooldowns by a second when you hit with a basic attack, free 10% penetration for those late-game tanks, and 300 health to help you brawl in grounded stance a bit. With this build, you will be a monster on the battlefield late game.

Shoes of the Magi

PASSIVE - On successful hit of an Ability you gain 1 stack. At 4 Stacks your next Ability that damages an enemy God will deal bonus damage equal to 30% of your Magical power to each God hit, and will heal yourself and allies within 20 units for 40% of your Magical Power and will consume the 4 stacks. 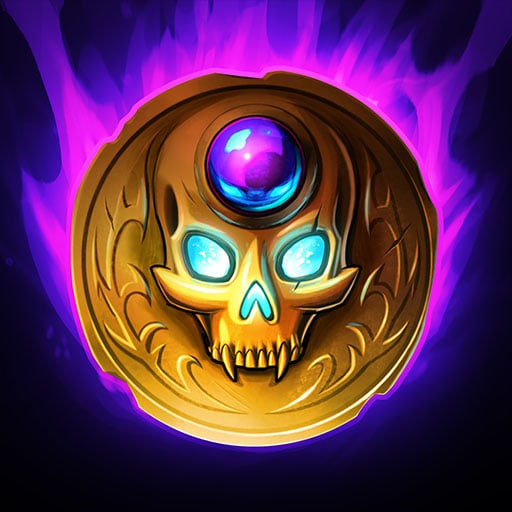 PASSIVE - After casting an ability your next Basic Attack deals an additional 80 True Damage. After hitting a Basic Attack empowered by Bumba’s Hammer, your active cooldowns are reduced by 1s and you are healed for 5% of your Maximum Health.

If the enemy team has healing, slot out Charon's coin for a divine ruin. Rod and spear are your core items here. Not getting a starter until 20 means you hit your power spike just that bit sooner so you can start brawling and or scrappin'.

The last item is the dealers choice here. Flex items work well in this slot, with some defence to brawl and survive. If you feel like your defence is tight, then some extra penetration or slows might just make you even deadlier to the enemy team. Also if they have healing then get anti heal... pls.

PASSIVE - Enemies hit by your abilities have 40% reduced healing for 6 seconds.

PASSIVE - If you take damage below 30% health you unleash a shockwave that stuns all enemies within a range of 20 units for 1s and become immune to Crowd Control for 1s. This effect cannot trigger more than once every 90s.

PASSIVE - Your abilities deal an additional 2% of the target's maximum Health as Magical Damage. If the target has over 2000 Health, your ability bonus damage scales up. This effect reaches a maximum of 9% Maximum Health damage at 2750 Health. Subsequent hits on the same target do half the bonus damage for the next 3s.

PASSIVE - Your first ability cast gains 10% Magical Penetration. This can only occur once every 10 seconds.

Evolved Hide of the Urchin

PASSIVE - Provides a Health Shield that gains stacks every 2s. Shield only stacks if you have not taken or dealt damage in the last 5s. Each stack provides 10% of 100 Health +5 Per Level. The full shield will regenerate after 20 seconds.

Tiamat is a slow starter, with her one needing to be levelled to max for full potential. Although that doesn't mean you can't catch a few people out who underestimate the mother of the monster's early poke. Taking the jump at level 2 keeps you relatively safe in lane and offers an out during the junglers pathing through mid.

Try to avoid stance switching to clear waves as this is very mana consuming and has a long cooldown. During the early levels, stance switch should be utilised as an escape or to confirm a kill.

After recent buffs, Tiamat's tornado serves as a fairly decent disrupt in fights, although keep an eye out for stone of Gaia.

The minotaur in combination with a flying form 2 on top of you are great ways to try and shake enemy gods stuck to you.

After soul gem, you want to get Bumba's as soon as you hit 20. With Bumba's hammer, you will be able to cycle through your abilities much faster and thus be more agile and put out more damage.

I hope this build serves you well as it has with me. Obviously, always build for the situation, healing needs anti heal etc. But with the current state of mage starters, I find Bumba's hammer to be a good go to for most mid-laners but it really shines on the goddess of the salt sea as your late game damage potential becomes insane.