This is generally what I get when I play Athena support. Start out with Sentienals embrace, keep in mind that you want to go into Gauntlet of Thebes but only get the tier one item, then go back once you have enough gold and get full boots and THEN build gauntlet of thebes.

I mainly get chronos pendant after just for some more cooldown and a bit of power and it works out pretty well. After my whole build is done I sell my boots and get void stone or another item which is really up to you, you could always replace mail of renewal with something else in its place but I generally use that. Void stone could come early or later, depending on how your game is going or depending on how you're feeling about what you want to build. 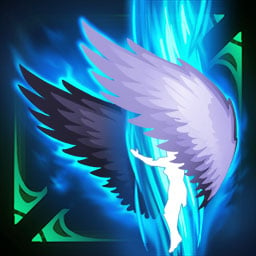 PASSIVE - Regenerates 0.2% of your max. Health every second.

This consumable heals 150 Mana over 25 seconds per use. Comes with 3 uses that are refilled if you enter the Fountain, sells for 0 gold

You could either get Magic shell or Meditation Cloak for your relic. I generally use Med cloak because my Carry runs out of mana fast and it's also a good way to keep them alive and have them escape. I usually get Mana chalice cause you'll have an extra 300 gold left over at the beginning of the game and I generally use a lot of mana at the start.

PASSIVE - You gain 15% of your maximum Health and Mana over the next 3 seconds when you get a kill or assist against an enemy god or Objective.

AURA - Enemy gods within 55 units have their Magical Protection reduced by 10%.

Using this item increases the Movement Speed of allied gods within 55 units by 20% for 5s and makes them immune to Slows. Cooldown - 140s

Once your build is done but with boots still included, you should buy Elixer of speed whenever you have enough gold for it, and then when you save up around 1500 gold again, sell your boots and get an item to replace them. Get Heavenly Wings as your second relic.

Here it's mainly up o you, but always get Shield wall first, then confound, and then preemptive strike.